As awareness of the existence and impact of the school-to-prison pipeline has increased in recent years, traditional discipline practices have been subject to much scrutiny. Students of color are being suspended and expelled from our nation’s schools at an alarmingly high rate. More than 25 percent of Chicago Public School students have been suspended at least once in their school careers. Despite the frequency with which traditional discipline procedures are utilized, there is no clear evidence that they make schools safer or have any lasting positive effect on student behavior.

Clear and convincing evidence shows a critical need to change the way in which schools manage student discipline. Research shows that exclusionary practices, such as suspension and expulsion:

In response to chilling statistics on the rates at which students of color, particularly African-American boys, are being suspended and expelled from our nation’s schools, community groups and advocates have embraced restorative justice as a powerful solution.

Daily CBD published a study on if it's OK to give CBD oil to kids with ADHD and anxiety and the best CBD products for kids. 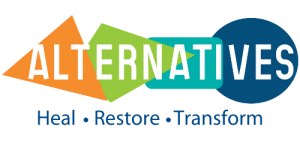